You are sensing a feeling of confidence in your abilities to achieve the goals you have chosen for yourself.

You are learning to believe in yourself, you appreciate yourself and you do good and kind things for yourself.

You meet each situation as it comes with calm and quite assurance.

You are making contact with the center of wisdom and power within you which knows what to do and how to do it.

Whatever you say, whatever you do , is said and done with complete confidence and self assurance.

You walk with a spring in your step, your head is held high.

You see the beauty of life around you.

You have confidence in your own judgment and you are honest and dependable.

You can and you do move forward from one positive achievement to another. People are aware that you like them, they sense your good will.

You are cheerful and enthusiastic.

You attract friends because you are friendly.

You are sincere and honest.

Your personal integrity is felt by everyone you meet.

Each day you meet new friends and interesting people.

As you approach people for the first time, you feel a warmth and friendship for them. Your smile and your friendly greetings express your sincere feelings towards them.

You enjoy people and you want to do things for them.

You know that people seek you out because you are unique and you revel in their acceptance of you.

People respond to your personal integrity, your special personality and your warm friendliness draws people close to you, just as a magnet attracts iron filings.

You are a happy person full of imaginative thoughts which you pour forth constantly.

You recognize and accept the friendship that people offer you, for you truly deserve it.

You have a deep and sincere respect for yourself and for your personal worth to others.

You are poised and confident when talking to new acquaintances or good friends.

You’re secure and relaxed when you are with people.

You especially enjoy speaking to people.

People are aware that you like them and they return the feeling to you.

People like to listen to you when you speak.

You are at ease when you are with people.

You experience a feeling of warmth and friendship flowing from the members of the audience to you.

You have the feeling that they are on your side. You are interested in them, you want to do things for them.

You are so interested in them, that you have sense of personal friendship with every single one in your audience. (With every member of your audience.)

As you speak you are perfectly poised, self possessed and completely free in your expression.

You feel at ease, you present your ideas in a clear brief and direct way.

Your ideas are quickly understood and accepted by others.

You mind is clear, your wit is quick.

Your lips are flexible, your mouth is moist.

Your breathing is deep and from the diaphragm.

Your hands are poised and calm.

Your gestures flow spontaneously and freely.

You speak easily, always giving a clear word picture of the thought you wish to convey.

You are poised and in control of the situation.

Your legs are strong beneath you.

You are comforted and peaceful.

You are secure and confident as you speak.

You speak spontaneously, sincerely and freely. Clearly expressing your meaning and your feelings at any time when you speak whether to a large audience or a small group.

As you begin, you feel this warmth and friendliness for your listeners.

As you begin, your feel their friendliness directed towards you.

You are totally confident, you are perfectly at ease.

As you begin to talk, you have the undivided attention of the audience, and it makes you feel good.

You speak freely, fluidly with a full release of your skill and your talent.

You thoroughly enjoy speaking to an audience..

Whenever you feel you can add a new view point or an interesting fact to a discussion, you speak openly and confidently.

You communicate effectively and powerfully at all times.

People seek your opinions on a variety of subjects and you deliver information in an interesting and witty way (manner).

You have a special talent for expressing your thoughts and ideas vividly, with an enthusiasm that favorably impresses everyone that hears you.

When others speak you listen and you learn from them. You see their point of view.

You express your ideas in a positive way whenever possible.

When you speak your voice, it is strong, calm and vibrant.

Your mind flows with concise and yet powerful messages whenever you will it to do so.

Your voice is pleasant to hear.

People are eager to hear what you have to say, because you are so alive and so vibrant.

The friendship within you radiates outward to touch each person with whom you come in contact.

You ask questions when you don’t fully understand and you state your opinions whenever they are asked or whenever it is appropriate for you to express them.

People accept your opinions because they recognize that they are honest and well thought out. You speak spontaneously, sincerely and freely, clearly verbalizing your feelings.

When there is nothing for you to say, you simply glow with an inner radiance, showing honesty, sympathy and concern. You are so interested in people that you stimulate them to fully express their views – before you speak.

When words are inadequate you act out the emotions you feel, you demonstrate a level of maturity and perception which is unique.

When you are called upon to conduct a meeting, you are relaxed and in complete control of the situation.

Your face reflects an inner calmness, a sense of well being of self assurance.

Your conversation is bright and sparkling as well as informative.

Your talent for expressing your thoughts vividly with enthusiasm favorably impresses everyone.

Your large vocabulary, your fluency in speech and your clearness of thought causes a quiet authority that flows from you.

Your powerful memory serves you well.

Your manner of speaking inspires confidence in others and causes them to have a good opinion of you.

Each of the ideas is now making a deep and permanent impression on your subconscious mind and each day of your daily life, you become more and more aware of the powerful expression of these true concepts.

From this time forward with each passing day, you become more and more aware of a wonderful feeling of personal confidence. Confidence in the realization that each day brings you closer to your personal goals. Each day is a vital step in your problem solving, in developing the motivation to change your behavior to move yourself towards your highest potential, so that you now begin to enjoy a fuller and richer and more expressive life. 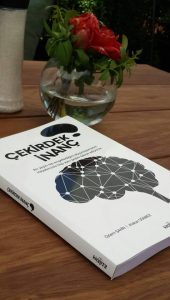 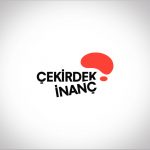 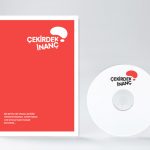